In 1951 the paddling pool opened

The Paddling Pool was located to the East of the Pond at the Start of the Links.

The Paddling pool was of a large rectangular shape, with semi circular ends.
Situated around the paddling pool were concrete framed seats with wooden slats.

Adjacent to the paddling pool  was a large seated shelter (with 4 seated areas).

In addition on the Links, There was 6 trampolines along with a putting green.
These were popular with tourists 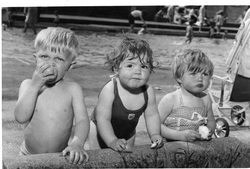 Photograph of some local children at the Paddling pool 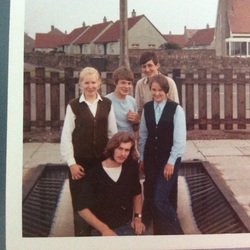 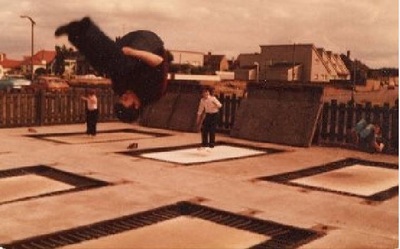 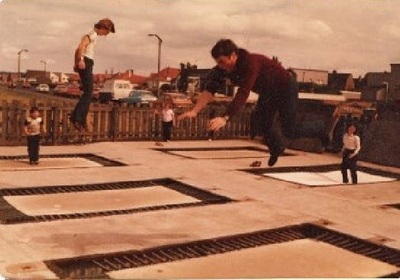 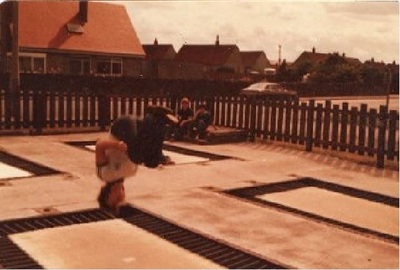 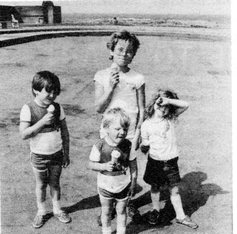 The paddling pool itself was subject to a number of proposed developments.

One would have seen it developed by the local travelling amusements (The shows). With boats or cars (apologies can't remember what the proposal was) being the attraction 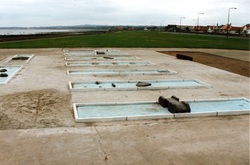 crazy golf, French bowls area on the right
Subsequently on the site of the original paddling pool the Council
demolished the shelter and built

The crazy golf, and bowls was of poor quality and embarrassing to say the least
The Paddling pool area was also bulldozed and housing built on it.
cockenzie and port seton pond